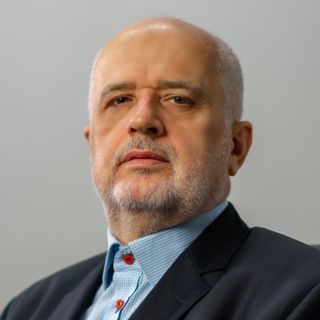 Born 4/7/1963 in Vitez. He graduated from Gazi Husrev-beg's madrasah in Sarajevo. He completed his studies of sharia law at the Sharia Law School at Jordan University in Amman - Jordan. At the Faculty of higher education of the same University, he defended his master's thesis entitled “Political Principles for Islamic Minorities in Islamic Law”. The paper was immediately and published in arabian language as a book by two publishing houses, one from Amman and the other from Beirut. After that he defended his doctoral dissertation at the same faculty entitled “The state in Islam from the point of view of its establishment, form, functions and disappearance, comparative study with international law”.He is a full professor in the fields of Science in Islamic Law, and associate professor in Tefsir and Akaid at the Islamic Faculty of Pedagogy in Bihać. He is also an associate professor at the Faculty of Islamic studies in Novi Pazar since 2003. He is a judge of the Constitutional Court of the Islamic Community in BiH, as well as a member of the World Union of Islamic Scholars. One term was a member of the Board of Directors of the University of Bihać and the other term a member of the Senate of the University of Bucharest.

He is also a member of the Board of Directors of the faculty. He served as two deans for teaching IPF in Bihać, and one of the founders of the Master Study and the initiator of the Proceedings of the IPF in Bihać.

He has published more than ten copyrighted works and dozens of scientific papers, as well as peer reviews, two university textbooks.